In 1929, as a result of devastating soil erosion, US Congress appropriated $160,000 for soil erosion control experiments. From that early research, the USDA Natural Resources Conservation Service (NRCS, formerly Soil Conservation Service) was formed. County conservation districts were established by NH RSA 432 to set local priorities, deliver information and assistance to land owners and users. Merrimack County Conservation District was formed January 24, 1946. County conservation districts work in partnership with NRCS to provide technical assistance for federally funded programs. MCCD meets with other related agencies and members of the public several times each year to form a Local Work Group, which determines local natural resource needs and concerns, and carries those concerns forward to the State Technical Committee.

Created in Response to the Dust Bowl

Roosevelt went so far as to develop draft legislation (Standard States District Act) for each state so there would be continuity between states and so they would all have the same basic purpose. Roosevelt and Congress informed the states they would not be eligible to receive assistance from the federal Soil Conservation Service unless they had laws that allowed the creation of these boards and local communities were actively forming the boards.

In this way the federal government was able to get local input on which programs would be most locally acceptable. These new boards also facilitated two-way communication between local private landowners and the federal government. The boards were able to identify local soil conservation priorities, and in return informed the local public about new practices that could not only save soil, but could often mean more profitable farming.

Below are links to more information about conservation districts and their history.

Please consider a tax-deductible donation to the District today 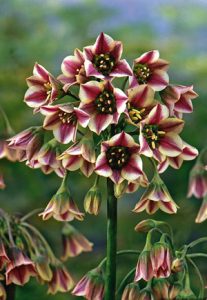 Interested in volunteering with the conservation district?
We have opportunities throughout the year with our fundraisers, field work, education outreach, events, and more. Click here to download an inquiry form today!